South Korea’s pharmaceutical space at a glimpse: Are they the strongest contender for growth?

South Korea’s pharmaceutical industry has always been a front runner in innovation, and harbinger of economic growth. According to Bloomberg’s 2017 ranking of the world’s 50 most innovative countries, South Korea topped the list.

Data from the Ministry of Food and Drug Safety also highlighted that the domestic production of pharmaceutical products reached USD20.3 billion in 2017, up 8.3% from USD18.8 billion in the previous year.

Why is Korea a strong contender for growth?

With the increase in demand for quality healthcare, this leads to higher production of drugs and vaccines. This is coupled with the fact that Korea has available natural resources as well as the right technologies in place to manufacture quality and personalised drugs for treatment.

2018 has been a year of innovation for many pharmaceutical firms. Johnson & Johnson Medical Korea Ltd. and Johnson & Johnson Innovation recently announced the launch of the Seoul Innovation QuickFire Challenge: Robotics & Digital Surgery in collaboration with the Seoul Metropolitan Government and Korea Health Industry Development Institute (KHIDI).

This Innovation QuickFire Challenge invites innovators from around the world including start-ups, entrepreneurs, academics, scientists, and biotech researchers to submit ideas for robotics and digital health solutions that have the potential to help surgeons and their patients. This initiative has spurred talks of innovation amongst specialists, researchers and tech-enthusiasts who have started to take more interest within the pharma sector.

South-Korean biotech enterprise Macrogen, the country’s leading gene sequencing service provider, is developing a genomic big data blockchain-based platform together with a local tech firm Bigster. According to a press release, Macrogen is working with Bigster to develop a blockchain network to enhance security of personal genome information management and handle large volumes of data reliably. The two companies plan to complete the platform by June 2019.

Macrogen said genomic data, which carries critical information about a person’s biological makeup, could enable doctors to customise their patients’ diagnoses and treatment plans. The larger pharmaceutical industry can also use it for the development of new drugs and therapeutic agents.

The country’s pharmaceutical exports jumped 30.5% year-on-year to 3.6 trillion won in 2017, which was the largest volume in history. Among them, 33.6% came from exports of biopharmaceutical goods.

Scientists and clinicians from Singapore institutes are collaborating with C&C Research Laboratories, a leading research institute from the Republic of Korea (ROK), to develop innovative drugs. The collaboration aims to address diseases of significant clinical burden, namely inflammatory skin disorders and major cancers including colorectal and liver cancers. This would be through R&D in areas such as cancer stem cell research. This partnership with C&C is yet another example of how researchers and companies in region can work together in a complementary way to develop new drugs to address important medical problems.

The nation started to recognize biotechnology as a future growth engine two decades ago and has since made various efforts to enhance it. However, the results have been far from satisfactory.

Biotech is a sector that needs to be developed under a long-term plan, due to its many regulations and a high entry barrier. For a country like Korea with a small domestic market, it will need to build on its strong regional ties to achieve success within biotech. It is significant in this regard that several Asian nations have just established a bio-economic community under the initiative of the Korea Biotechnology Industry Organisation, or KoreaBio.

The "Asian Bio-industry Leaders' (ABL) Network," which was recently launched in Korea, is likely to serve as a foundation to globalise Korea's biotech companies. The eight countries that are part of this network are Korea, Singapore, China, Malaysia, Cambodia, Myanmar, Taiwan and Israel.

Korea plays host to its secretariat, and take on a leading role in the network through acquiring know-hows and pre-empting the market with relevant information. The ABL Network will likely function as a tool to promote cooperation among emerging nations, sharing development information, whilst connecting technology and available capital for further investments.

5. Increased support from the government

Initiatives by the government, such as the Korean Small Business Innovation Research programme and lifting the ban on advertisements for medical services, have helped sustain growth within the pharmaceutical industry. The Free Trade Agreement (FTA) with the US, which began in March 2012, has also helped to attract greater investments in the South Korean pharmaceutical industry.

Connect with Cho Insung on LinkedIn or drop himan email at c.insung@realstaffing.com to find out more about these opportunities or how other organisations in Korea are implementing their talent strategies. You can also follow us on our LinkedIn page for more industry related insights within the market. 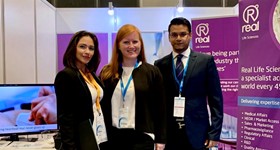 The healthcare industry is evolving rapidly and our Real Life Sciences team in Singapore attended the recent APAC MedTech Forum to get first-hand insight to the latest trends in the market. 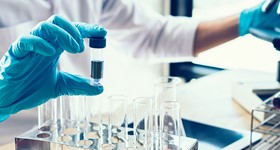 Where will your Quality Assurance career take you? 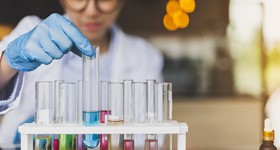 Where is Singapore in its digital pharma journey?

As the region’s technological hub, Singapore’s digital journey has rapidly evolved with sophisticated technologies and innovation. As such, the nation is well-poised to transform the future of pharma within Southeast Asia. But what exactly is the impact of digital disruption in the sector, what does it mean and how is it going to impact the pharmaceutical scene? 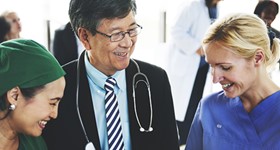 The work across the life sciences has likely impacted each and everyone of us at some point in our lives. And that – that is what inspires us to continue striving to make an impact every day. We want to continue to empower and inspire the people around us. As such, we want to find out what inspires you to be in this industry.